NKU Ready to Play in its New
Esports Venue: “The Sandbox”

NKU Esports is a new varsity sports program for students to compete in live video game events like Madden NFL or Rocket League, an arcade-style game blending soccer and vehicular mayhem. The Sandbox serves as the official arena of NKU Esports and a hub for students to practice and compete. The space features 11 state-of-the-art gaming stations and periphery equipment, as well as large monitors for fans to watch live competitions and game replays.

“The esports program is a tremendous opportunity for all of our students and has found incredible success so far,” said Chief Strategy Officer and Vice President Bonita Brown. “Our new arena is a unique way NKU continues to impact student success and directly create a better student experience. Despite the many new obstacles, we remain committed to serving students and equipping them with the necessary resources.” 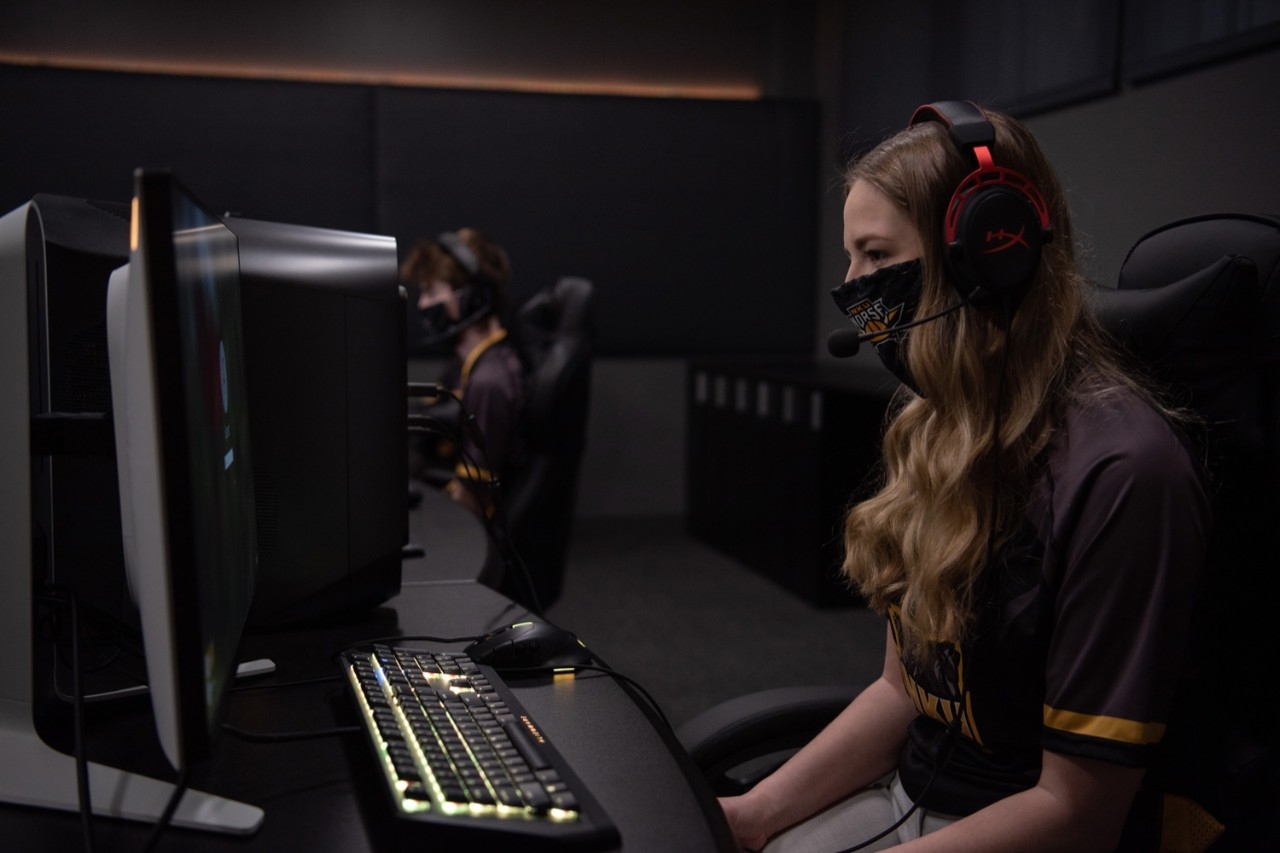 The Sandbox will additionally be home to a production studio for streaming matches and developing content to promote NKU Esports, such as student shoutcasters providing live play-by-play entertainment during games. Many students have received internships with NKU Esports through the Honors College to create video and graphic content for productions and broadcasts.

“All of this will provide students with opportunities to learn skills in streaming and content creation, as well as playing esports,” said Dean Jim Buss, with NKU’s Honors College and director of NKU Esports. “Collegiate Esports has exploded over the past three years, particularly in light of the pandemic, but it offers much more than competitive and recreational gaming. NKU is poised to become a leader in preparing students for careers in this area through community-based learning and programs.”

The NKU Varsity Rocket League team recently finished their fall regular season with an undefeated 10-0 record and ultimately secured a spot in the Collegiate Rocket League Wild Card as one of the top 24 teams in the nation.

NKU currently supports a varsity program in Rocket League with plans to expand to a varsity Overwatch team next fall. The university will also be offering scholarships for the first time to students involved in NKU Esports—both in competitive play and the production of streaming content. The Sandox will be open to students involved in the varsity Esports program, as well as students in the NKU Esports Club who can use the space to practice and compete or hone their shoutcasting and production skills.

All NKU Esports Matches can be viewed on Twitch.tv. To learn more about The Sandbox and NKU’s Honors College, visit its website.