Feb. 18, 2020— Northern Kentucky University’s Dr. Jonathan T. Reynolds has been elected as vice president of the World History Association (WHA), the largest World History organization. He will serve a two-year term in this role and the following two years as president.

Dr. Reynolds is an NKU Regents Professor of History and Geography. He teaches courses in African and World History, Historical Methods and a number of courses in the Honors program such as World History through a Dozen Meals. He has received multiple awards for his research and teaching at NKU, including the Milburn Outstanding Professor, Excellence in Sustained Research, Alumni Strongest Influence, Outstanding Adviser and Outstanding Junior Faculty awards. 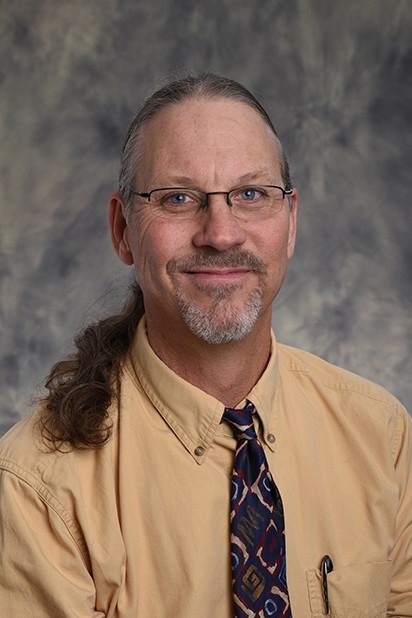 An active leader in historical research, Dr. Reynolds has traveled to West Africa eleven times to conduct fieldwork in Nigeria, Niger, Senegal, Morocco and Ghana. As a World Historian, he has traveled and worked in East Asia, Europe and Central America. He is well-renowned for his publications on Islam and Politics in West Africa, Africa's place in World History and Food History. He and co-author Erik Gilbert are awaiting publication of a World History textbook titled “World in Motion: A Dynamic History of Humankind.”

Dr. Reynolds previously held two terms on the WHA’s executive council. He has also supported the organization in several capacities, including most recently as the editor of “World History Connected,” its highly regarded digital journal. In his new position, Dr. Reynolds looks to improve the association’s public perception and visibility on social media, with an eye towards attracting more secondary educators to join and participate in the organization.

“Without the preservation of history, no one can really understand what’s going on in the world, because history is the backstory that lets us make sense of the present,” said Dr. Reynolds. “World history focuses not simply on the differences between various peoples and religion, but rather on the things they might share or that might have connected them, whether in the past or in the present. The unit of analysis in World History isn't just a single place or a group during a certain period, it’s all of humanity throughout time. It is really the glue that holds together all human experience and knowledge.”

Dr. Reynolds earned his B.A. from the University of Tennessee-Knoxville with majors in Honors History, Anthropology and Classics, and both his M.A. and Ph.D. from Boston University. He previously taught at Bayero University in Kano Nigeria and Livingstone College in North Carolina before coming to NKU.

About The World History Association (WHA): The WHA seeks to promote activities which will increase historical awareness, understanding among and between peoples, and global consciousness. Since its founding, the WHA has played a central role in shaping the field of world history in the U.S. and around the world at all education levels.

About NKU: Founded in 1968, we are a growing metropolitan university of more than 15,000 students served by more than 2,000 faculty and staff on a thriving suburban campus near Cincinnati. Located in the quiet suburb of Highland Heights, Kentucky—just seven miles southeast of Cincinnati—we have become a leader in Greater Cincinnati and Kentucky by providing a private school education for a fraction of the cost. While we are one of the fastest growing universities in Kentucky, our professors still know our students' names. For more information, visit nku.edu.