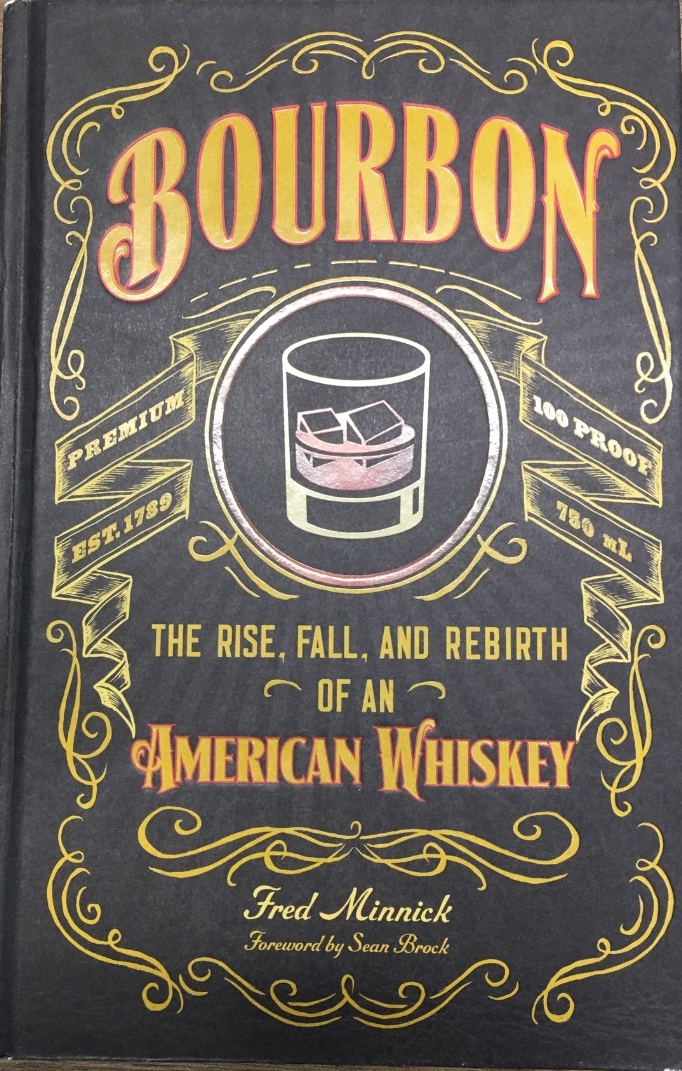 In his book, “Bourbon: The Rise, Fall, and Rebirth of an American Whiskey,” acclaimed author Fred Minnick noted that given “all the facts we have, Jacob Spears is bourbon’s most probable creator.”

Spears, whose distillery was located just outside Paris, Kentucky, is thought by The Hopewell Museum, the historical archive for Paris and Bourbon County, to have shipped his bourbon to market by flatboating the whiskey downstream on the Licking River, and then on to the Ohio and Mississippi rivers to its final destination in New Orleans.

NKU’s history department is partnering with Bourbon, Harrison, Pendleton, Campbell and Kenton counties and the City of Paris to research the history of the Spears Distillery and the Commonwealth’s original bourbon journey. In addition to being a corridor for whiskey commerce, the Licking River was also an early conduit for and site of everything from British attacks on the Colonies during the Revolutionary War to Civil War battles involving Morgan’s Raiders.

NKU History professor Dr. Brian Hackett will lead a team of graduate students this spring in researching this history and sharing the incredible story of the Licking River in the first centuries of the Commonwealth and its relevance to the future of the region.

“Our students are eager to investigate how Jacob Spears and other early distillers used the Licking River as a transportation corridor for some of the very first bourbon to be barreled and shared with the world,” said Dr. Hackett. 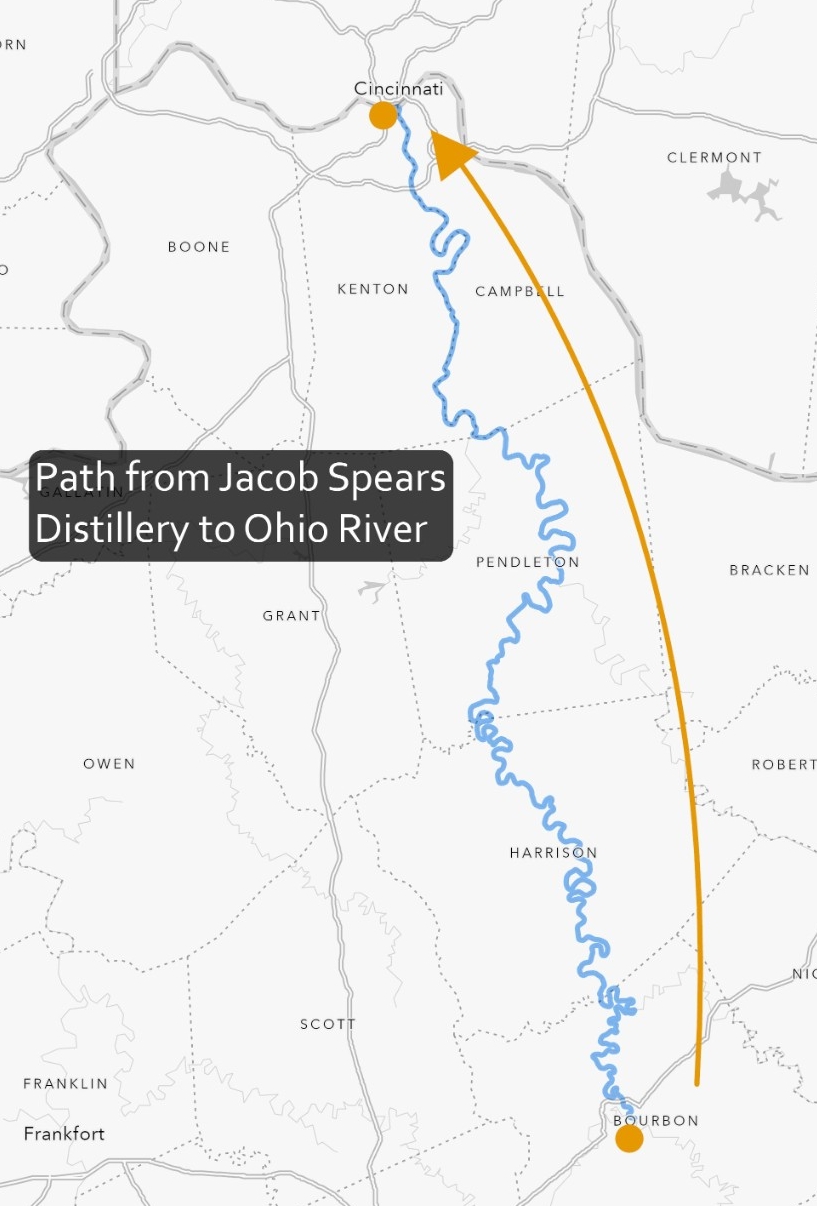 The Licking River is the watershed for a significant portion of the Commonwealth. Its two main branches flow through miles of rural and often isolated landscape, touching 23 of Kentucky’s 120 counties, including those involved in the initial phase of this project.

Despite its essential role in the environment and commerce of the Commonwealth, the Licking River is an underutilized resource for recreation. The partners in this project believe that bringing its fascinating history to the public will shine more light on the Licking River’s tourism potential.

The NKU research team will be periodically sharing information with a final release available at the end of the project. If you have information about the history of the Licking River corridor, contact Dr. Brian Hackett at hackettb1@nku.edu.

“As an author, you hope that one day your words can positively influence another person. The more I dug into Jacob Spears’ past, the more I realized how important he was to our beloved spirit,” said author Fred Minnick. “And I’m honored that this research toil has led to a magnificent new chapter in whiskey.”

“I appreciate NKU taking the lead on this project,” Campbell County Judge/Executive Steve Pendery added. “With New Riff Distillery helping define the future of distilled spirits in Northern Kentucky, I’m looking forward to reading the full story of the Commonwealth’s first bourbon.  New Riff’s campus in Newport, on the Licking River, is an appropriate bookend to the history of the Jacob Spears Distillery.”

“This is major undertaking for our region,” said Kenton County Judge/Executive Kris Knochelmann. “The Licking River is our community’s most significant and under-utilized natural feature.  Better understanding its role in the Commonwealth’s transportation network and history in the era before rail and interstates will remind people that it’s a treasured asset with huge potential as a recreational and natural resource.”

“In addition to being the location of the original Jacob Spears distillery, Bourbon County is home to Ruddle’s Station, which was the site of a significant Revolutionary War battle in the Commonwealth,” added Bourbon County Judge/Executive Mike Williams.  “Most Kentuckians may not know that the British repeatedly sent raiding parties from Fort Detroit up the Licking River to attack settlements throughout Kentucky. This part of the Commonwealth’s history is one worth sharing with today’s Kentuckians. We look forward to NKU’s work on this story that’s so key to the past and future of our community.”

“The 1810 Bourbon County Census relays that Bourbon County had 128 distilleries and produced over 146,000 gallons of whiskey and Jacob Spears was at the epicenter of the production,” added Paris City Manager Daron Jordan.  “Not only was Mr. Spears a distiller, he dealt in bluegrass seed, and was a horse breeder. The Licking and Ohio rivers played an integral part in Mr. Spears success as a businessman. We look forward to the work of the Northern KY University students, and faculty, as they help inform the world of the story of Jacob Spears and the important part that Bourbon County played in the US economy then as well as today.”

“There were other distilleries along the Licking River corridor, in addition to the one operated by Jacob Spears,” said Harrison County Judge/Executive Alex Barnett. “Old Lewis Hunter, Old A. Keller, Poindexter and Van Hook were just four of the many distilleries located along the Licking River in Harrison County.  Most folks don’t realize that Harrison County was a leader in Kentucky in bourbon production in the 19th century.  NKU’s work documenting and publicizing this history will be a welcome addition to the story of our community.”

“The Licking River’s role in the early development of Kentucky and our community is one we’re deeply interested in exploring,” said Pendleton County Judge/Executive David Fields.  “Bringing our heritage to light will support our goal of further developing the Licking as a leading destination for outdoor adventure tourism. With our Thaxton Livery already demonstrating the opportunity, we believe this work by NKU will expand interest in kayaking, canoeing, fishing and all this beautiful stream has to offer.”

About NKU: Founded in 1968, we are a growing metropolitan university of more than 15,000 students served by more than 2,000 faculty and staff on a thriving suburban campus near Cincinnati. Located in the quiet suburb of Highland Heights, Kentucky—just seven miles southeast of Cincinnati—we have become a leader in Greater Cincinnati and Kentucky by providing a private school education for a fraction of the cost. While we are one of the fastest growing universities in Kentucky, our professors still know our students' names. For more information, visit nku.edu.