May 17, 2019— Northern Kentucky University has been recently ranked as the top university in Kentucky for awarding the most Computer Science degrees to women.

The “Chronicle of Higher Education”, an independent news and information organization dedicated to covering higher education, reviewed the 2016-2017 academic year and compiled a list of the best institutions for women in Computer Science and Engineering. The College of Informatics (COI) ranked 40th nationally, awarding 171 degrees with 21.1 percent going to women. NKU also outpaced other institutions in the Commonwealth—Murray State University ranked 62nd, the University of Kentucky ranked 94th; and Western ranked 229th. The University of Cincinnati produced 222 graduates, but only 12.6 percent were female.

“Although women made up a dominant part of the computer science workforce in the early days of the field, over the past thirty years they have become highly underrepresented. NKU has been working to address this for more than a decade,” said Dean Kevin Kirby, College of Informatics. “We began recruiting female and diverse faculty and implemented evidence-based recruitment practices. All of these steps have made headway, and we are pleased to see the results highlighted in The Chronicle."

Dean Kirby says more than one-third of the faculty members in the Computer Science department are women. 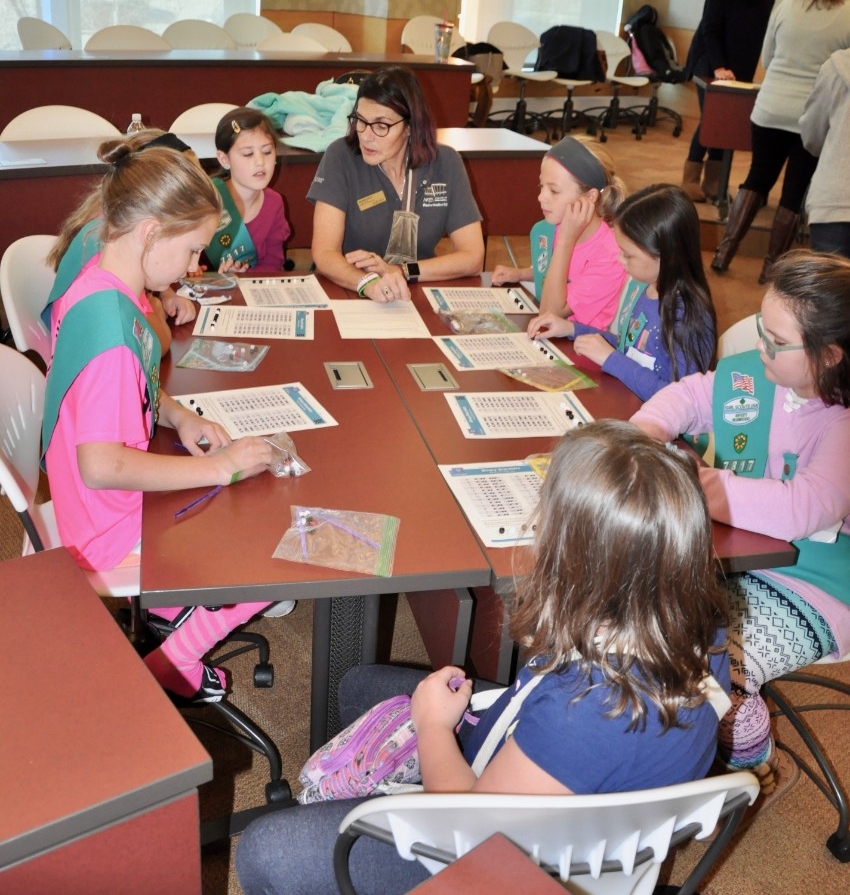 “We have made an effort to create programs that support our STEM students outside of the classroom, and this plays an important role in recruiting and retaining computer science majors,” said Dr. Maureen Doyle, Department of Computer Science chair. ” Last year, we received a $10,000 grant from the National Center for Women in Technology to specifically address the gender gap in Computer Science. We developed and implemented a plan to recruit and retain more women in the field through NCWIT’s evidence-based techniques.”

NKU and Dr. Doyle helped establish Tri-State Women in Computing (TRIWiC) in 2011. TRIWiC holds an annual conference that celebrates women in computer science and provides networking and workshops for young women interested in the field, like Hannah Creech, who is entering her second year in COI’s Computer Science program. Creech, an NKU Presidential Scholar and a biomedical computing research fellow funded by the Local Initiative For Excellence (L.I.F.E), says she selected this major after taking a computer programming class in high school.

"I immediately fell in love with programming because I thought it was so awesome that you could make a program that could do almost anything you wanted from nothing but your ideas,” said Creech. “NKU has amazing computer science faculty who have really helped me expand my knowledge. I find it very encouraging to see so many women working in the computer science department. I know I will learn what I need to at NKU to be successful after college."

The College of Informatics worked alongside the College of Arts and Sciences to implement the UR-STEM program to provide research opportunities for rising sophomores. This was funded through the NSF FORCE grant and helps to retain students in STEM majors. The STEM Ambassadors program helps with peer-learning opportunities.

Computer Science is one of the top-four highest enrolled majors at NKU. For more on the College of Informatics or the program, visit its website.