The purple ribbon on her research poster designates Yvonne Sene as a Pfizer Award recipient.

March 22, 2019— Northern Kentucky University student, Yvonne Sene, has been honored with the Society of Toxicology’s (SOT) highest award for undergraduate research. Sene, an Environmental Science major, was among 17 students presented with the 2019 Pfizer Undergraduate Student Travel Award to attend the SOT’s Annual Meeting in Baltimore, MD on March 11.

The Pfizer Undergraduate Student Travel Award covers the travel and lodging for students to present their research at the annual meeting. In addition to getting national research exposure, Sene will also learn about the latest developments in toxicology and network with scientists from across the country. The award looks to foster interest in graduate studies in the field of toxicology, and Sene is an excellent example of why the program is so successful.

“Receiving the undergraduate Pfizer award encouraged me to work hard and to inspire other students to participate in research. I had the chance to have a closer look at amazing projects presented by other undergrads like me and graduate students,” said Sene. I received advice from graduate students as well as other scientists who made me realize that there isn’t a fixed road to find a career. You are the one who can craft your own path to career success.” 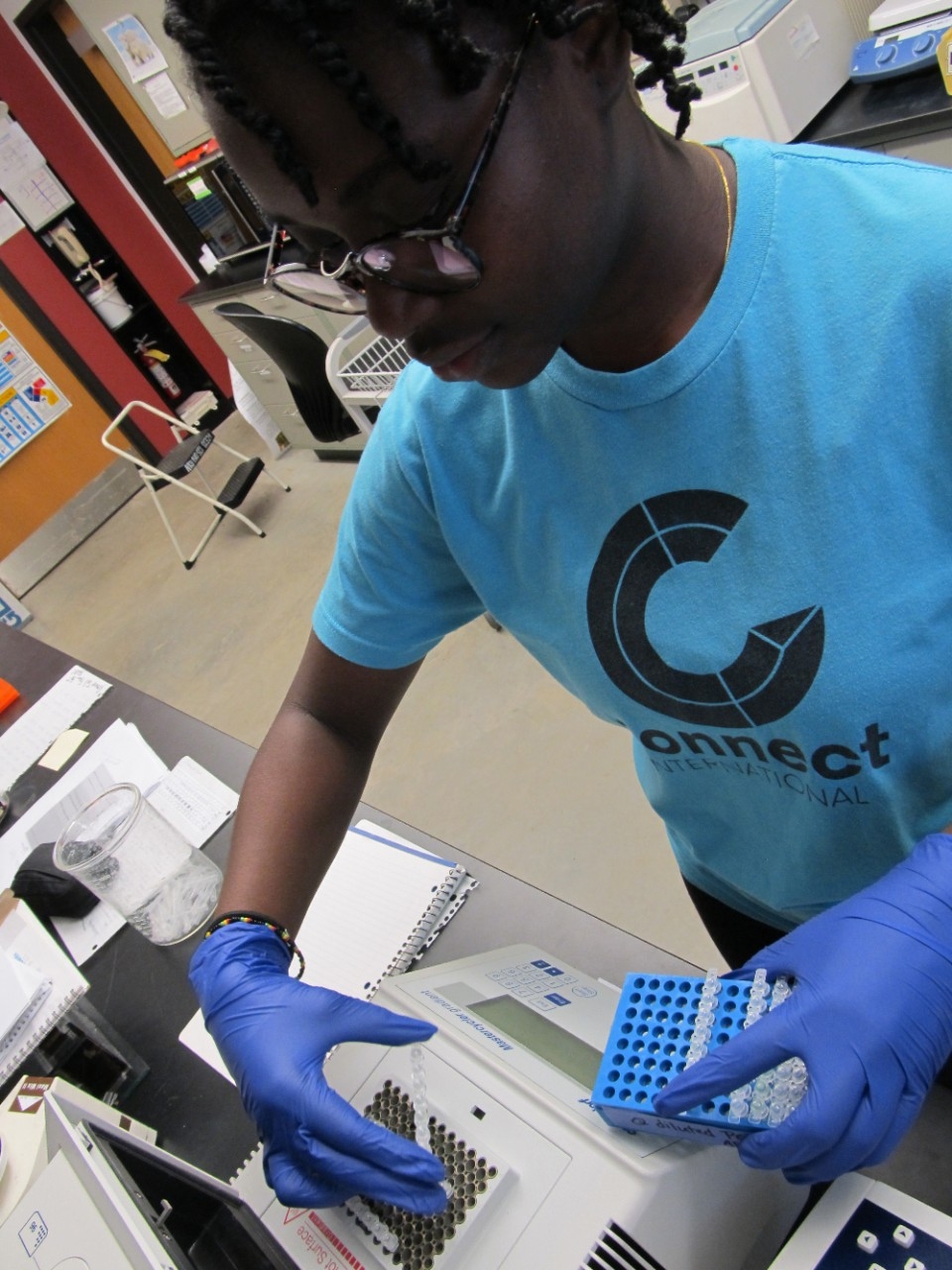 “Our graduates are highly recruited at Cincinnati Children’s and other research institutions that need well-trained and skilled technicians,” said Curran. “Most important, each student learns how to evaluate the state-of-the science, how to work as part of a research team, and how to communicate their science to both experts and the general public. These are skills that will make them successful no matter what career path they pursue.”

Dr. Curran and Sene also had the opportunity to network with EPA scientists and other experts who will begin work on a new Institute for Health Innovation grant project to facilitate safe brownfield redevelopment in Northern Kentucky. NKU students have earned the Society of Toxicology’s Pfizer award four times since 2013. For more information the SOT awards, visit its website. Scroll down to see the 2019 Pfizer award recipients.

About the Society of Toxicology (SOT): The SOT is a professional and scholarly organization of scientists from academic institutions, government, and industry representing the great variety of scientists who practice toxicology in the US and abroad. Since 1961, the Society’s mission has been to create a safer and healthier world by advancing the science and increasing the impact of toxicology.