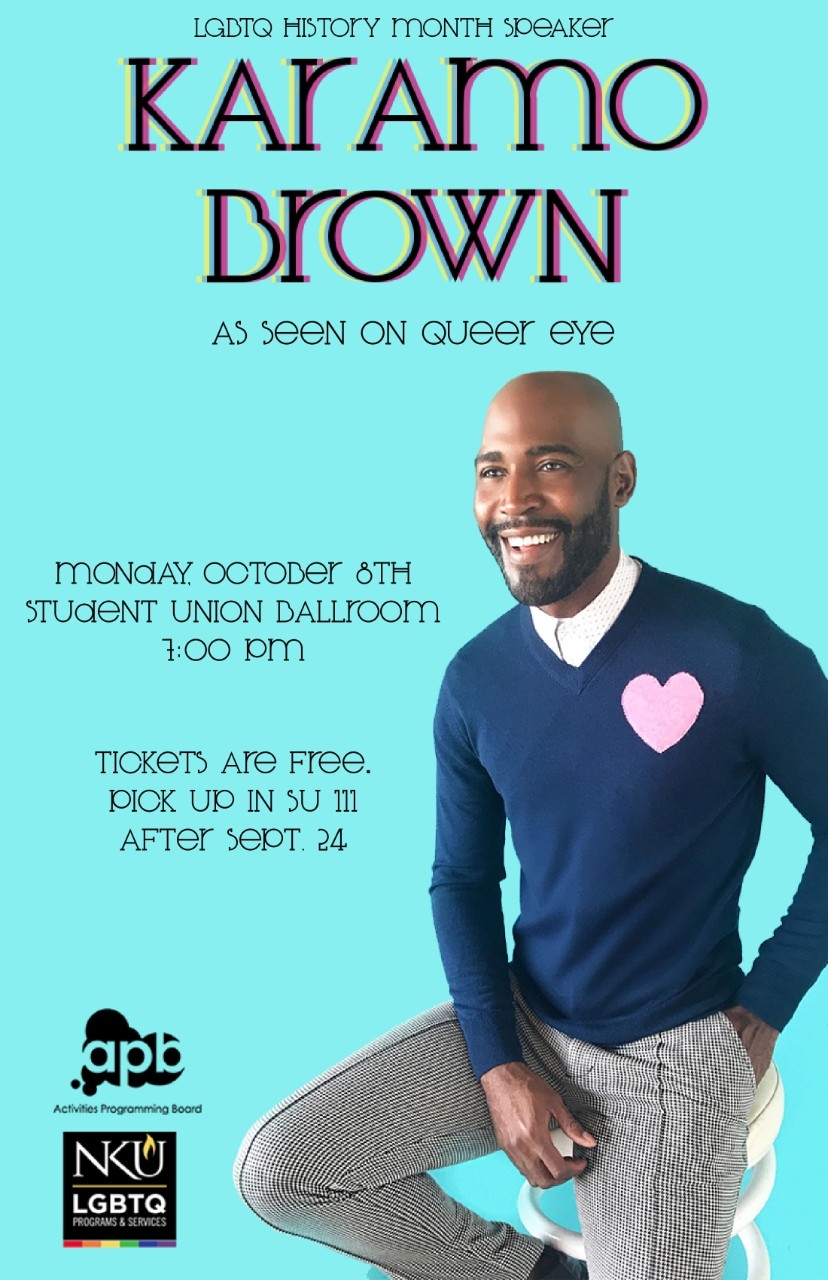 Brown can currently be seen as the culture expert on the Emmy nominated Netflix reboot “Queer Eye,” where he helps people confront and grow past their internal issues that are holding them back.

A graduate of Florida A&M University, Brown worked as a licensed social worker and psychotherapist for over a decade before transitioning into media. He began his television career in 2004 as a housemate on the hit MTV reality series “The Real World,” becoming the first openly-gay African- American in the history of reality television.

“There’s so much excitement to have Karamo visit NKU. He’s a great speaker because he addresses personal topics that affect us all in an entertaining and digestible way. We hope the campus and community will come out to hear his story,” said Bonnie Meyer, director of NKU’s LGBTQ Program and Services.

The event is free of charge, but reservations are encouraged. To sign up for a ticket to hear Karamo Brown’s presentation, click here.