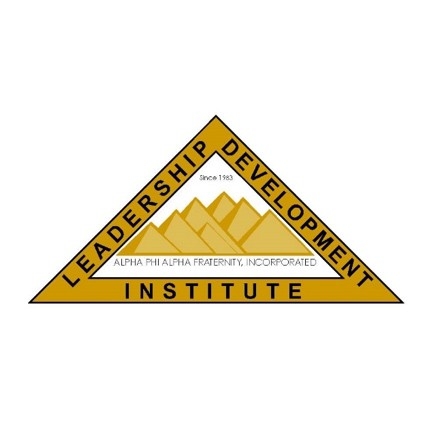 August 3, 2018– Northern Kentucky University welcomes high school students from across the Midwest for Alpha Phi Alpha Fraternity’s Leadership Development Institute (LDI) from August 3- 5, 2018. LDI is a vigorous weekend program with the goal of developing these young men into the next generation of leaders.

“NKU is committed to improving and enhancing the lives of students,” said Andrá R. Ward, NKU Board of Regents Member and the LDI Co-Dean of Operations. “As an active alumnus of NKU, founder of the Alpha Phi Alpha Rho Gamma Chapter and Gubernatorial-appointed member of the University’s Board of Regents, I’m especially honored to serve as host Regent as we demonstrate fully our commitment to developing the leadership skills of African American male youth at such a critical time in our nation’s history.”

This year, the Institute is at capacity with 130 students from nine states that fall under Alpha Phi Alpha’s Midwestern Region. The weekend program includes an extensive schedule and rigorous course load to send these young men home with an arsenal of leadership skills. Students will learn about topics like wealth management and visit the National Underground Railroad Freedom Center.

The Institute is led by members of the fraternity from various professional backgrounds. There will also be an Oration by one of the students, “Alpha Esquire” Jaylen Benson. Benson excited to be trusted with the platform to speak in front of his fellow peers and to Brothers from across the region. He says that LDI has given him “a group of mentors who have motivated [him] to be [his] best self, academically.”

When speaking on the development of LDI, the Dean of the Institute, Bruce E. Mitchell II, said that he is “excited about the changes in our Academic Affairs Department under Bro. William M. Harris II, who serves as Associate Dean,” citing the fact that they are “being increasingly intentional about the academic seminars [offered to students],” among other developments.

The 35th Annual Alpha Phi Alpha Fraternity’s LDI will be held from August 3- 5, 2018 on NKU’s campus. The goal of LDI is to expose students to experiences that give them the necessary tools to apply when they return to their communities.

About Alpha Phi Alpha Fraternity, Inc.: Alpha Phi Alpha Fraternity, Inc. was founded on December 4, 1906, at Cornell University in Ithaca, New York by seven college men who recognized the need for a strong bond of brotherhood among African descendants in this country. Alpha Phi Alpha has long stood at the forefront of the African-American community's fight for civil rights through leaders such as W.E.B. DuBois, Adam Clayton Powell, Jr., Edward Brooke, Martin Luther King, Jr., Thurgood Marshall, Andrew Young, William Gray, Paul Robeson, and many others. True to its form as the “first of firsts,” Alpha Phi Alpha has been interracial since 1945. Their mission is to develop leaders, promote brotherhood and academic excellence, while providing service and advocacy for their communities.