Skip to main content
Norse Alert:  Due to severe winter weather, the Northern Kentucky University will be closed on Tuesday, February 16, 2021, with only virtual operations. Faculty and staff should report remotely. nku.edu/weather-alert 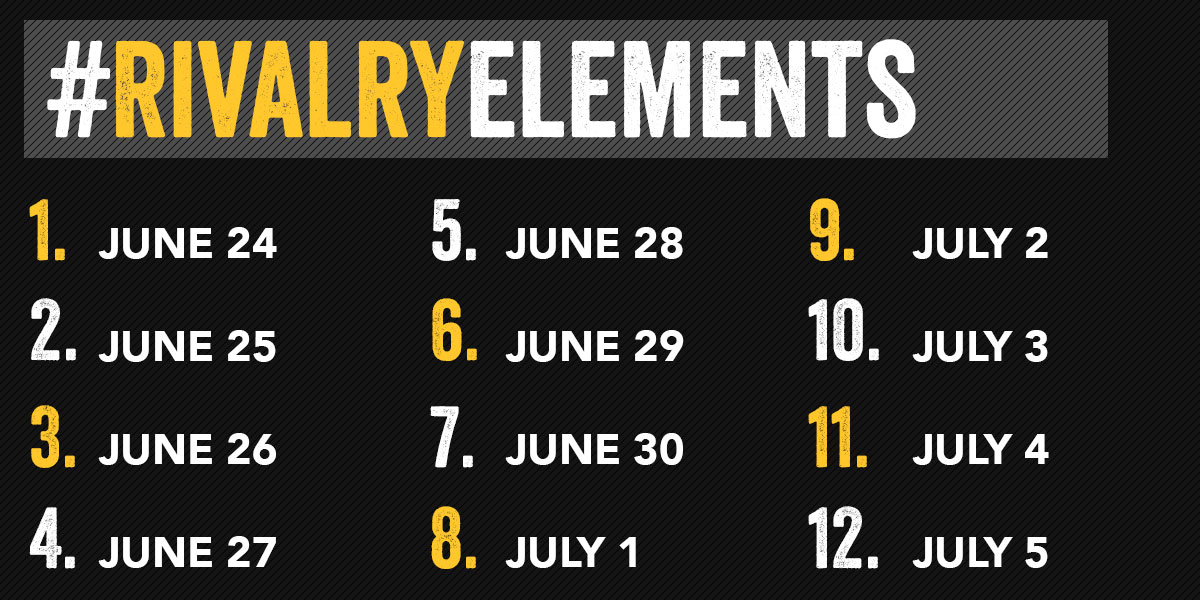 But what, exactly, elevates a competition to the level of rivalry?

Is it a defining moment, such as the Christian Laettner buzzer beater that propelled Duke to shatter a thousand dreams across Kentucky?

Is it simple geography, such as Green Bay’s proximity to Chicago? Is it a storied past colliding in the present, as with the Yankees and Red Sox?

Or two cities, states or organizations which are so similar that they, much like siblings, can’t help but clash (say, Ohio State vs. Michigan)?

How about all of the above?

A Northern Kentucky University professor and his students have spent two years blazing new ground in the field of sports rivalry research, and on June 24 they’ll begin to unveil their findings in a two-week Twitter campaign at @KnowRivalry.

The Know Rivalry project is led by Dr. Joe Cobbs, an associate professor of sports business at NKU and the former sports marketing executive who dreamed up the “Battle of the Bricks” brand to promote the Miami University vs. Ohio University rivalry.

Cobbs developed and leads class on rivalry in international sport at NKU, the first course of its kind in the nation.

“Studying rivalry has major implications for not only sports marketing, but also for event management and security,” Cobbs said.  “By better understanding the elements that contribute to rivalry, we can help fans connect with their favorite teams and fan community in a positive manner that maintains respect and appreciation for opposing teams and their fans.”

Over the course of two years, Cobbs, his students and co-author Dr. David Tyler of Western Carolina University have identified 12 key ingredients to a legendary sports rivalry.

Those findings will be unveiled in a Twitter campaign developed by NKU seniors Matt Hepner and Tyler Mason, who volunteered their time on the project this spring and summer.

“What makes researching rivalry so interesting is that we really don't know what we're going to uncover in the analysis,” Hepner said. “This data is all new information, and it is exciting to see what information comes directly from the fans."

Cobbs and Tyler’s prior research on sports rivalry has been presented at the annual conferences of the Sport Marketing Association and North American Society for Sport Management, and published in the most recent issue of European Sport Management Quarterly. The Wall Street Journal and Fox Sports are among the media outlets who have reported upon the research.